When Salman Khan recently announced his NFT launch, he became the second Bollywood actor, only behind the great Amitabh Bachchan, to do so. Apart from them, Reema Kallingal also made the first-ever Malayalam cinema’s foray into NFTs with her artwork – The Insurgent Bloom. More such celebrities are vying to make their foray into the NFT community.

We were all raised to perceive, feel, and rejoice in the materialism element of tangible items. However, the surreal growth of non-fungible tokens (in 2021) lends digital-only representations the greatest importance in an already hyperreal society. If we tokenize an artwork, for example, the digital replica will appear more original and authentic than the original.

In many respects, NFTs stoke an already raging craving for hyperreality. Let’s find out how in this blog article!

But then, we can’t go further in this blog post without answering this fundamental question:

What is an NFT?

Non-fungible tokens (NFTs) are digital tokens that embed proof-of-ownership for literally anything. These NFTs, unlike Cryptocurrencies, are non-interchangeable and unique. Moreover, people can receive money whenever an NFT changes hands during secondary and tertiary sales.

People switched to NFTs because they are easily verifiable and have unique information that distinguishes them from the others. In layman’s words, NFTs can help prevent the manufacturing and distribution of counterfeit collectibles since each NFT can be traced back to its original owner. An NFT’s transactions are recorded on the blockchain, including who minted it originally and when it was sold.

Seven years after its launch, the non-fungible tokens made a foray into the sub-continent in 2021. Since then, many enthusiasts have been trying to tap into the market. In particular, Bollywood legend Amitabh Bachchan recently announced that he would launch his 1st set of collections, Amitabh NFT – India’s first Rare-art NFT collection.

With the innovation in technology and increased adoption, NFTs can revitalize the depleted Indian art industry. Before, artists relied on traditional exhibitions and brands to monetize their artworks. But the ongoing pandemic has stalled all those plans. NFTs, on the other hand, help those artists tokenize and monetize their valuable artworks.

Most non-fungible tokens (NFTs) are available on marketplace platforms like OpenSea and Rarible. Amitabh NFT, however, is available on the BeyondLife.club platform. The website is actually a conglomeration of Rhiti Entertainment (of Singapore) and Guardian Link (of India).

It seems like they’ve planned to launch the auction (for Amitabh NFT) on the 1st of November, 2021. Since the auction is a few days off, the website is revealing the details on Amitabh Bachchan’s NFT. Perhaps most importantly, owning your recharged/funded wallet makes you eligible for participation in auctions.

Given India’s growing expertise in technology and increased adoption of NFTs among celebrities, who knows, the country might soon become the NFT/Crypto epicenter. The hyperreal environment has permeated popular culture. This notion takes on greater relevance in light of the fact that the next digital trend, the NFTs, is equally at ease living online.

Where do you think the Indian NFT industry could end up in the next five years? Tell us in the comments below. 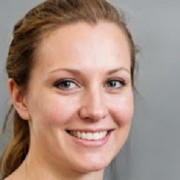 Why Opt For CPS As A Career In Upcoming Times?

The Importance of Cold Chain Logistics for the Healthcare Industry

How to Get Maximum Performance from a Graphics Card?

6 ways by which digital marketing services help to scale up your business: