Academic – The COVID-19 pandemic has wreaked havoc on significant parts of national and global life, including educational institutions. Schools and universities have shut down, and students, despite numerous technical issues, are relying on remote education. As per UNESCO, around half of the world’s students are still facing issues.
If you are writing a paper on business amid the pandemic, you can use the stated points here. You can talk about the business in school and other educational institutions, and relevant issues. If you face issues, seek business ethics assignment help.

The origins of measuring academic performance in the United States date back to the 1830s. Education advocates Horace Mann and Samuel Gridley Howe used a standardized test to evaluate student progress in Boston. Kansas school administrator Frederick J. Kelly advanced the idea of standardized testing with the Kansas Silent Reading Test in 1914. This multiple-choice test was used to decrease grading time and standardize student evaluations.

What is the Growing Concern?

There is a growing concern about how last spring’s school closures affected student accomplishment. Moreover, there is uncertainty as to how this academic year’s quick conversion of most instruction to an online platform may affect achievement.
Experts anticipated that pupils would begin fall 2020 with around 70% of the learning gains in reading compared to a typical school year based on existing studies on how out-of-school-time influences learning. In math, kids were expected to make even less advances than the previous year, returning with less than half of the normal gains.

Significant Deterioration in Mathematics and Reading

More studies are being conducted now that the experts have the fall 2020 data. Experts looked at two main research topics using data from approximately 4.4 million kids in grades 3-8. The latter took MAP Growth reading and math examinations in fall 2020.
The results portray a staggering fact. The findings are similar to those of Texas and Indiana, which were among the first states to post test results from the previous school year. Reading and math scores dropped significantly. The setbacks did not happen overnight; they compounded over months, and they lasted even when many students returned to class this spring.

Checking Results Based on Financial Background

Third graders who attended a low-income school performed 17 percentile points worse in math this spring than similar kids in 2019. This moved low-income third graders’ average performance from the 39th to the 22nd percentile nationally.
Kids in well-off schools, who had previously excelled in the 71st percentile, saw their scores drop by only 7 points. This put them in the 64th percentile, considerably above the national average. Meanwhile, if you require research paper writing guide, you can hire professional experts associated with academic service providers.

Students Are Well Behind their Academic Progress

According to a McKinsey report, pupils were four to five months behind where they had generally been in the past by the conclusion of the school year. The effects were similar with the most vulnerable students.
In math, pupils who attended predominantly African American or Hispanic schools were six months behind where they should have been, compared to four months for white students.
Similarly, pupils who attended a low-income school finished the year seven months behind their average math score. This was in comparison to the four months for students who attended schools where their families were better off financially.

The Situation is Similar When it Comes to Reading

As per Emma Dorn, an associate partner at McKinsey and the report’s lead author, the reading was as poor as the mathematics result. The results of over 1.6 million elementary school pupils who took tests this spring were evaluated. And the results were compared to demographically similar groups in the spring of 2017, 2018, and 2019.

However, the only thing to consider here is that the data is based on the in-person tests and the students relying on remote learning were not included. The discrepancies are most likely due to a variety of variables. Low-income and minority groups tended to have less access to technology, and they had disproportionately high COVID-19 and unemployment rates.
According to the McKinsey analysis, kids in urban schools encounter more setbacks than students in rural schools, who are more likely to return to school in person.

Wait, There Are Some Good News…

Not every aspect was negative. As per the report, there is some positive news as well. Despite what terms like “learning loss” conjure up, practically all students improved throughout the pandemic, albeit at a slower rate than usual. Furthermore, the setbacks were on the lower end of some earlier forecasts.
While the new research provides a clearer picture, the utility of gauging student performance has been questioned, especially during such a turbulent year. Furthermore, the lack of technology, especially among the underprivileged sections of the society were also questioned.

Need of the Hour

So, the need of the hour is that school administrators, parents, NGOs, government officials join in to address the issue. After all, these kids will be future citizens someday. So, personalized programs have to be developed.
Furthermore, those who lack technology must be supported. And, the progress of the children needs to be evaluated. If possible, the underprivileged students could be provided with a low-spec laptop or notepad, so that they can continue studying. 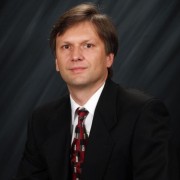 Definition of security monitoring? and its importance?

Why Hyderabad is Best Choice for IELTS Preparation?

The Best Power BI Courses for You

What Are the Different Categories Covered Under Nursing Assignment Help Australia

Get Amazing Writing Assistance for Assignment by Economics Assignment Help