Every sneakerhead aims to own at least one pair of Air Jordans. Besides being renowned in the basketball world, they are a fashion must-have in every Millenial’s wardrobe. This is despite some of these Air Jordan silhouettes being launched at the time their parents were in their teens or twenties.

These timeless classics aren’t easy to get (we’re talking about the authentic Air Jordans by Nike, not the cheaper knockoffs you get at street corners). Though Nike regularly drops re-releases, silhouettes, and various colorways, more often than not these get sold out within minutes of their launch.

Even if you pre-order sneakers, there is no guarantee you can get a pair. Many of these limited Air Jordan’s end up in the grey market where they sell for multiple times their original value.

These shoes are so valuable, they are seen as a collectible assets. Some limited editions Air Jordans are so rare they end up being auctioned for thousands of dollars. Let’s see some of the rarest Air Jordans that were sold for astronomical sums.

The fifth signature of Air Jordan’s design was inspired by the infamous shark teeth decals painted on warplanes during World War II. At first, they came with the Nike Swoosh on them, which were later replaced by the now iconic Jumpman logo. Michael Jordan had one custom made for him with his lucky 23 number on it. These sold for $10,000.

The Air Jordan 17 was a revolutionary sneaker that was released in 2002. Michael wore them for a game with the Washington Wizards back then. These kicks, coming in a sleek metal box, had a removable strap covering half the shoe with a hidden quick lace system. The shoes had an overall smooth and unique look to them. These sold for a tidy $11,267.

These kicks were custom-made for Drake as a gift for his association with Air Jordan. They came with Drake’s OVO (October’s Very Own) logo on it along with the red Jumpman.

Gifted during the Toronto Raptor’s Drake Night event, Drake gave these shoes to one lucky fan. This guy auctioned it online for an eye-popping $20,000.

The Air Jordan 11 Blackout edition was a sensation when launched. Michael Jordan wore them in his film Space Jam and during an NBA championship. Made from both leather and carbon, these shoes were ideal for the court as well as formal events. These rare shoes became so popular, they sold for almost $22,000.

Air Jordan I (with autograph)

Nike released a limited edition of Air Jordan 1s with Michael’s signature embedded on it. This made the shoes highly famous. So much, that Nike released two retros, one in 2013 and the other in 2015. Those who had the means to Shop Air Jordans Online for such rare shoes had to shell out an astonishing $25,000 for a pair.

Though the Air Jordan 2 wasn’t as popular as the other versions, a pair did manage to sell for $31,000 on eBay. These shoes came in 2 colorways and sold despite the kicks being more than 28 years old(though they were in a great condition)

A gift from Air Jordan to Mark Wahlberg, these sneakers came with patented black leather and an Optimus Prime logo. The brand gifted this to commemorate the success of the Transformer’s brand.

Mark put these sneakers on sale online and got almost $52,900 for them.

Michael Jordan’s wife gifted him these silver shoes with his signature embedded in them. Only 10 pairs of these shoes were made, which are now owned by collectors. These sold for more than $60,000.

Just as the Air Jordan 10 OVO, these were also presented to Drake at the Toronto Raptor’s event. A lady received the shoes as a gift and did just as everyone else would- she sold it online for a whopping $100,000.

These sneakers were also released to the public but with a translucent sole and Stingray leather and a little bit of gold on their sides.

There is an interesting story behind this. In the 1997 NBA finals, the Chicago Bulls were playing against the Utah Jazz. Michael was having flu symptoms and wasn’t feeling well.

Despite that, he managed to lead his team to victory, wearing the Air Jordan 12.

These same Air Jordan 12’s – a black and white edition to the original, sold for more than $104,000. These were the most expensive Air Jordans ever sold.

Related Read: 11 tips to keep your shoes in order

Air Jordan’s are some of the most coveted shoes any sneakerhead can own. However, getting one can be quite difficult, considering the limited numbers released by Air Jordan.

That’s why it makes sense to buy from the Best online sneaker store, where you can get authentic Air Jordan’s for a great price. Now, do not buy from the grey market, get your Air Jordan kicks at a price that’s in line with expectations. 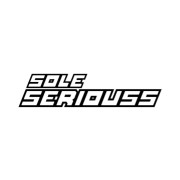 Commercial Plumbing Services – What Do You Need To Know

5 Stylish Outfits That You Can Wear Right Now

History and Properties of Fluorite Gemstones