Solar power is a renewable energy source that generates electricity. People that have interest in environmentally friendly ideas may want to consider solar electricity. Because this solar produces no emissions, it is environmentally friendly and pollution-free. The solar inverter in Pakistan is now available so its installation may be a terrific investment bargain for the home and office, so there’s no need to be concerned about expensive electricity bills. When opting to go solar, selecting the appropriate equipment is critical. Many people are unfamiliar with solar inverters and their function in a solar panel installation. In this blog, we’ll explore what are solar inverters, their types and which one to buy.

String inverters, also known as central inverters, are the most popular and oldest form of solar inverter. They function by connecting a series of solar panels to a single inverter, which transforms the whole DC input to AC output. They are the most traditional and dependable form of solar inverter. String inverters have ironed out the majority of the problems after decades on the market. They’re also the cheapest alternative for solar inverters. It is known as a residential and commercial solar inverter for its multi-purpose benefits. However, they are common for home purposes. Usually, string inverters are found at the side of a ground-mount or on the side of your house. This makes it easy to check on the inverter, fix it, or replace it.

However, the downside of the string inverters is that despite being reliable and durable, they are inefficient when it comes to maximizing solar energy output. String inverters are link to a complete string of solar panels, shadowing on one solar panel reduces the string’s power production. They also only provide total-system monitoring rather than panel-level monitoring. This can be a drawback for diagnosing solar output concerns, and it’s also bad for solar customers who desire a more detailed degree of monitoring. However, now you can purchase a string solar inverter online.

Each solar panel has a power optimizer on the rear that works in tandem with a string inverter to convert DC to AC. It can be complete by conditioning the DC power generate by each panel and passing it to the string inverter to convert to AC electricity. The power optimizers can condition the DC electricity generated by each solar panel and reduce the influence of shade on individual panels. If one solar panel is partially shaded, it will not reduce the output of the entire string. The power optimizer can be purchased from any solar company in Pakistan.

They have the advantage of permitting panel-level as well as system-level monitoring due to the string inverter. This implies that any problems with solar production may be identified more quickly because each solar panel is checked separately. It also gives the homeowner access to a higher degree of surveillance. However, Power optimizers are more expensive than string inverters, but they are still less expensive than microinverters. If you plan to increase your solar panel system in the future, you’ll need more power optimizers. Maybe more string inverters as well. It is also important to note that because power optimizers are located on the roof. It is more difficult to repair and replace them if they would happen to have any issues.

Microinverters are the most recent advancement in solar inverter technology and are known as the best solar inverter, converting DC to AC straight from the back of each solar panel. There is no need for a string inverter because each microinverter handles DC conversion on the fly. Because each microinverter is in charge of converting DC to AC on each panel shading on individual panels has a small influence on the system. If a shadow falls on one panel, only that panel will generate less electricity, rather not the entire system, as in a string inverter design.

Microinverters are very simple to add to your solar system later on. A microinverter must be placed on any solar panels.

Microinverters are the most costly solar inverter in Pakistan. However, their benefits can easily outweigh the costs in certain situations, especially if shading is an issue. Microinverters are mounted on the back of each solar panel. They are more difficult to repair or replace if they fail.

Which solver inverter to buy?

A string inverter might be a suitable solution if you’re searching for a low-cost solar inverter. Also, it is easy to maintain for residential solar system. Microinverters, on the other hand, may be a better alternative if your solar panels are susceptible to shade. 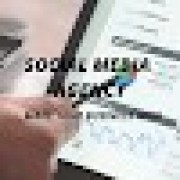 Features of the Mattress Topper for Side Sleepers

The Difference Between Fan Oven And Conventional Oven

Tips to Buy Wall Hanging Decor at a Reasonable Price